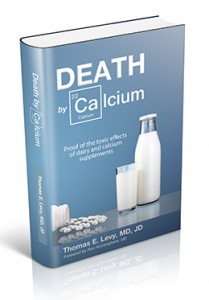 Ever wonder why two scientists can look at the same data and arrive at opposing conclusions? Consider “Global Warming,” for example. Regardless of how the media or politicians may spin it, there are many credible scientists on both sides of the argument. They start with the same data but come to opposite conclusions. Why? The conflict is not only in what constitutes the facts themselves, but also in the interpretation of those facts. There are always assumptions or presuppositions, opinions, prejudices, and biases that favor interpretations. And when fame, fortune, or political power is at stake, objectivity becomes even more elusive.

In particular, it is hard to overestimate the role money plays in obscuring objectivity. Little do we realize how much politics, grants, and employers influence where scientists concentrate their efforts and how they evaluate the data from their research. But the corrupting enticements of fame, fortune, and power extend far beyond the laboratory. Think about it: a staggering $4,000,000,000,000 [four trillion dollars] is spent in the food and drug sector of the U.S. economy every year.

The quest for profits can quickly transform sheer fantasy into sacred fact. Here are some of the deadly calcium myths you can find online and in the media.

Deadly Calcium Myth 1: Calcium supplementation and increased dietary calcium are good for you

Deadly Calcium Myth 2: You cannot get enough calcium in your diet without dairy products

Cultures that drink little to no milk all over the globe have a much lower incidence of osteoporosis than Americans. It is true that dairy products are extremely calcium-rich. And, if one legitimately needed to bolster calcium levels, ingesting more milk and cheese would be an easy way to do so. However, this myth assumes that everyone needs large amounts of dietary calcium, while the truth is that virtually no one needs to deliberately increase the calcium content of their diets.

Deadly Calcium Myth 3: Everyone with osteoporosis has a calcium deficiency

While not a completely incorrect statement, the complete truth is that all osteoporosis patients have calcium deficiencies in their bones. Throughout the rest of their bodies, however, they actually have excesses of calcium. And even though much of the evidence demonstrating the chronic presence of excess calcium outside the bones is unequivocal and published in prominent medical journals, the mindset of both patients and their treating physicians continues to be that the obvious lack of calcium content in osteoporotic bones must mean that the body as a whole is depleted of calcium as well.

Placebo-controlled, long-term, large population studies that specifically investigate the isolated use of calcium and its impact on bone fractures in osteoporotic patients are decidedly lacking. However many investigations involving the supplementation of calcium in tandem with vitamin D provide more than enough data to reliably conclude: Calcium supplementation does not prevent bone fractures.

When properly analyzed, the conflicting results from many calcium-vitamin D trials actually provide clear evidence that calcium alone does not reduce the incidence of fractures. Closer examination of the data reveals that the success or failure of individual trials is dependent upon the amount of vitamin D used in conjunction with calcium supplementation.

A bone density test, or bone densitometry, will reliably reflect the content of calcium in the bone being studied. When a younger person who has not been taking calcium supplements or ingesting large amounts of dietary calcium has a normal reading on such a scan, it can reasonably be assumed that there is no significant osteoporosis present, and it can also be assumed that the bone is of normal strength with a normal resistance to fracture.

However, when a higher score relative to a lower earlier score results following the extended administration of large amounts of calcium supplementation, it is only a reflection of increased calcium content in the bone, not of a normal structural matrix in the bone. Such bone only looks good, test-wise, but it has no greater resistance to fracture than of the earlier diseased bone before the new calcium deposition.

There is no question that baseline bone density tests are quite useful in the diagnosis of osteoporosis. However, when osteoporosis is being treated with increased calcium intake, the bone density can legitimately increase, but the quality of the bone does not improve unless other important factors are addressed.

Adequate vitamin D supplementation by itself results in increased bone mineral density and a lessened chance of fracture. This is further evidence that increased calcium intake, with or without supplementation, should never be increased for the purposes of bone health (or even general health, for that matter). Such supplementation offers no bone benefits and has many significant side effects, including an increase in all-cause mortality.

Deadly Calcium Myth 6: The biggest danger faced by someone with osteoporosis is disability or death following a fracture

When a person who has osteoporosis fractures a bone, it’s serious business. There is no doubt about that. Such an event can immediately incapacitate, and it often leads to death in a relatively short period of time. However, dying or suffering from a heart attack, from any of a variety of cancers, or even from a stroke is not a desirable alternative to sustaining a fracture. Nevertheless, this is exactly what often happens. A groundbreaking study made it very clear that a fracture is not the major concern for a majority of osteoporosis patients. A large study followed nearly 10,000 postmenopausal women with documented low bone mineral density over roughly a three-year period. It was found that there was a 60% increase in the risk of death in individuals with the lowest quintile (20%) of bone density compared to those individuals in the highest quintile. Most of the deaths, however, did not relate to a fracture.

The chronic release of calcium from osteoporotic bone to the rest of the body not only accelerates heart disease, but all diseases, resulting in significantly decreased longevity. Increased vascular calcification in general has been shown to be associated with increased all-cause mortality. Even though calcium is most easily quantified and tracked in the coronary arteries with current technology, its accumulation there pretty much means it is accumulating in many different areas of the body at the same time, worsening all chronic diseases in the process. This means that the osteoporosis disease process is life-shortening far beyond the chance of osteoporotic fracture and potentially eventual death secondary to
that event.

This continues to be a pretty common misconception even though it has been established to be wrong for a long time now. Data has been accumulating since the 1980s on the presence of vitamin D receptors outside of the bone, kidney, and intestine where it had already been established to play a prominent role in calcium metabolism. 31-36 It is now well-documented in
a very large body of scientific data in many different scientific journals that vitamin D has receptors throughout the body. Furthermore, vitamin D is now known to have a direct effect on about 200 genes with indirect effects on as many as 2,000 genes.

So even though vitamin D does play an essential role in regulating and modulating calcium absorption and metabolism via its interactions with the bones, gut, and kidneys, it plays many additional vital roles in the metabolism of virtually all the cells of the body, as the widespread presence of so many vitamin D receptors would indicate. Receptors only exist if there is a purpose for their being bound to something.

Deadly Calcium Myth 8: You get all the vitamin D you need from the sun

This statement would be true if someone actually spent a minimum of 30 to 60 minutes a day in the sun, with enough skin area exposed, and in a part of the world close enough to the equator so that adequate vitamin D-generating ultraviolet light was penetrating the atmospheric barrier. The more accurate assertion would be that persons who receive enough skin exposure to the sun in the right areas of the world might be able to get all the vitamin D they need. However, the truth is that the modern way of living is very effective in shielding most people from the sun so completely that even a large percentage of individuals living in tropical climates are chronically deficient in vitamin D.